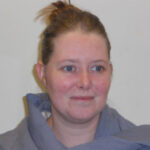 Ruth Anderson is Data & Digital Lead in Oxfordshire County Council’s IHub Future Mobility team - where she has been working for the past three years on CAV, Highway Network Management and 5G projects. She is the local authority representative on the BSI CAV Safety Advisory Board. 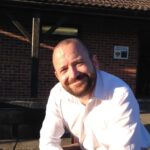 Huw Davies is deputy of the CAV team at Coventry University, which in partnership with HORIBA MIRA is a member of the CCAAR. 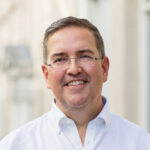 Head of Strategy, Zenzic (on secondment from the Centre for Connected and Autonomous Vehicles (CCAV))

Michael Talbot is Head of Strategy at Zenzic the part government-funded, not for profit that is accelerating the UK’s connected and self-driving mobility ecosystem, as well as facilitating and promoting British capabilities in testing and development.

He is on secondment from the UK’s Government’s Centre for Connected and Autonomous Vehicles (CCAV) of which he was a founding member in 2015. Before that he was Head of Horizon Scanning in the British Government's Horizon Scanning Programme where he established a cross-Government Emerging Technologies Community of Interest (including CAVs), reporting to the Cabinet Secretary’s Advisory Group.

Michael holds Masters’ degrees from the Universities of Toronto and Oxford.