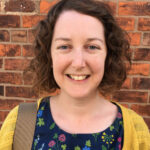 Jenny Wiles is the regional director (north) for Living Streets, the UK charity for everyday walking. She currently leads a team delivering projects in schools, workplaces and communities across the north of England, develops strategic partnerships and influences policy and investment in the walking agenda.

During 2018, Jenny was seconded to provide strategic walking advice to Chris Boardman, Greater Manchester’s cycling and walking commissioner, contributing to the development and delivery of his 'Made to Move' vision.

She recently completed a MSc. Future Cities at Northumbria University, with a dissertation focussed on the relationship between the street network and rates of walking to school. Professor Adrian Davis took up his current post in September 2018 and is based at the Transport Research Institute, Scotland’s largest academic transport group.

In his current post, Adrian is focusing on a series of transport and health related topics – from the language used to describe road collisions to the quality of the air in towns and cities.

Earlier in his career, he was the author of the British Medical Association’s first report on road transport and health, published in 1997. He is also a founding editor of the academic Journal of Transport & Health, and adviser to the World Health Organisation.

Prior to taking up his current position, he was a visiting professor at the University of West England and has authored a series of essential evidence summaries, published on the Travel West website.

Earlier this year he led a study which found that closing streets around schools can increase the number of children walking, cycling and wheeling without creating road safety problems. 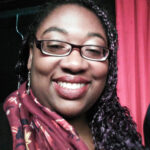 She installed the first ever School Street in Westminster in April 2019, as part of Westminster's Active Street Programme, and continues to head up this programme. She has also been an Executive Member of the London Road Safety Council (LRSC) since July 2018 and co-hosted a LRSC borough officer event for School Streets in March 2020.