The Government is currently considering a move to permit the use of an automated system that is capable of taking control of a vehicle travelling at low speeds on a motorway.

When activated, the Automated Lane Keeping System (ALKS) keeps a vehicle within its lane, controlling movements for extended periods of time without the driver needing to do anything. The driver must be ready and able to resume driving control when prompted by the vehicle.

In August, the Government launched a call for evidence, seeking views from industry on the role of the driver and proposed rules on the use of this system to pave the way towards introducing it safely in Great Britain, within the current legal framework.

This presentation will provide an update on the subject. 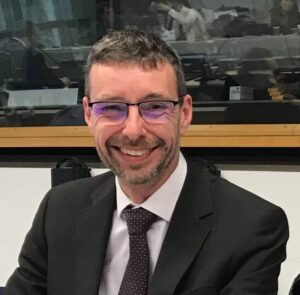 Duncan works in the International Vehicle Standards Division of the UK government’s Department for Transport. Duncan is a mechanical engineer with over 30 years’ experience, including 12 years at Ford Motor Company where he started his career.

Duncan joined the Department for Transport in 2014 and was the lead author of “The Pathway to Driverless Cars” – the Department’s 2015 review of regulations for driverless cars and other automated vehicle technologies.